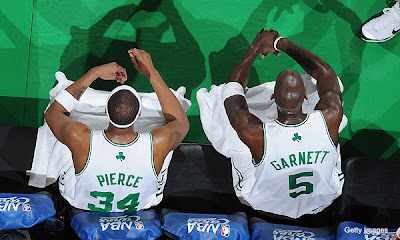 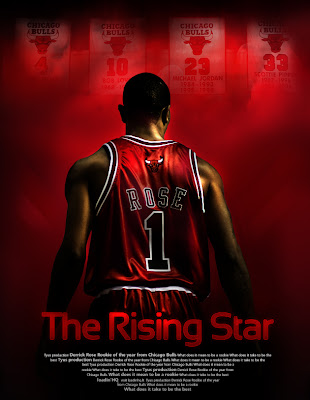 1.CHICAGO BULLS(17-5): Defense and cohesion keep them on the top. Although the absence of Rose & Rip they didn't lose ground. At Miami two things  confirmed. 1.)The team's strong character  2.)How big is the absence of Luol Deng.Still the No1 favourite for the best record.

2.OKLAHOMA THUNDERS(16-3): Westbrook will stay at Oklahoma so everyone is calm. Or not...?   Harden's perfomance as 6th man is something incredible.Thunders keep the No1 record in the league.

3.MIAMI HEAT(15-5): Wade is back with a great performance against Knicks and Heat now have to redefine their roles. Bosh was tremendous at the time ''Flash'' was out and James new ''low post'' style brings him closer to the MVP award.

4.INDIANA PACERS(13-6): Indiana is a serious contender in the East showing strong character on the road. Their frontcourt is very reliable and what makes them dangerous is that they get wins by using their mind. Great job from Foggell.

5.DENVER NUGGETS(14-6): The league's most up tempo team has surprised everyone with their character. Gallinary took his revenge from the Knicks and the two-guard lineup -with Lawson & Miller-is miracle,especially on the end of tight games.


6.ATLANTA HAWKS(15-6): Alan Horford's injury rallied the team and everyone seems to play more focus. Hawks have some depth at the bench and they expect Hinrich get back  in a real shape,but i don't know how long they'll keep playing like this without their starting center. Both Atlanta & Intiana will be a hard-nose matchup for Bulls or Heat on the post season. 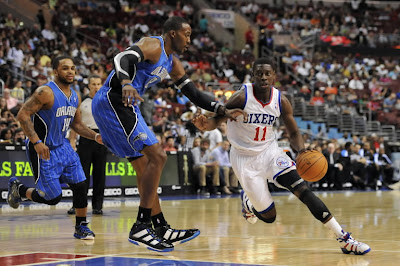 -PHILADELPHIA SIXERS(14-6): Best defense in the league,4th on offense. Sixers are the most balanced team right now and they play quality basketball. Collins goes for ''coach of the year''award.Whispers around for a possible Stoudemire trade.


8.DALLAS MAVERICS(13-8): The champs overcame all the injury problems showing their quality and depth and made a serious run. Marion plays some serious ball and the bench offers key playing. After their bad start they took Southwest's lead quickly. Being healthy would be the most important factor.

9.L.A.CLIPPERS(11-6): Winning the Lakers and the Heat in a week sounds great but Del Negro must bring stabilize the team's performance. They have proved they're goaling the West finals at least.. They have to improve their record on the road and  Billups has to show the way.


10.HOUSTON ROCKETS(12-8): The biggest underdog comparing from what we saw at the start of the season. They have 9 wins at te last 10 ,the best in the league. Pretty strong in their home(9-2) with Martin's scoring ability and Lawry's everynight ''triple-double'' flerting. Samuel Dalabert steped up and is the key of Rocket's reform.

12.S.A. SPURS(12-9): Winning team even without Manu but not a title contender. Parker is trying hard to feel the gap but the most notable thing is that bench players show that they can carry the team in this heavy schedule. Popovic's project with Splitter on a progress.


13.ORLANDO MAGIC(12-8): Magic have serious offensive problems in the last games but don't forget that it's  a team which plays every night like this,knowing maybe next morning everything might change with a possible Howard trade. Ryan Anderson is a conteder for the league's most improved player.

14.PORTLANT TRAIL BLAZERS(12-8): Portland is alongside L.A. the ''home team'' of the league. Aldridge is unstoptable but they have to learn winning road games to get to the elit..

15.MEMPHIS GRIZLIES(10-9): Gasol took player's of the week award and the team performs much better in the last games. With Radolph out due to injury they perform great. This remind you something? O.J. Mayo is the key of their success. 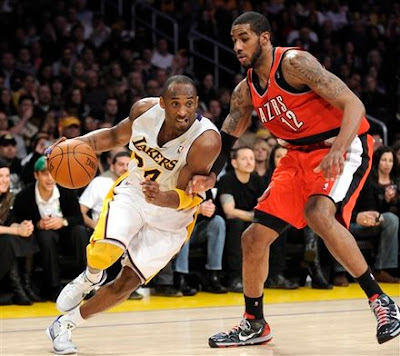 16.L.A. LAKERS(12-9): It's obvious,everyone can win at Stales center. Brown's defensive style would be really succesfull if Lakers had some strong and fresh legs at the perimeter positions. They've got to trade and change something immediatelly. Arenas can help,adding some quality next to Kobe on the backourt


17.MINESOTA TIMBERWOLVES(9-11): Are the Wolves the league's ''team to watch''? With Rubio running the offense(it's obvious that NBA's quick rythm suits him better)and Love playing at an MVP level they start and not only produce good basketball. We like how Adelman's handles Wellinghton. The X-Tarheel can really play some ball and has to take the chance. 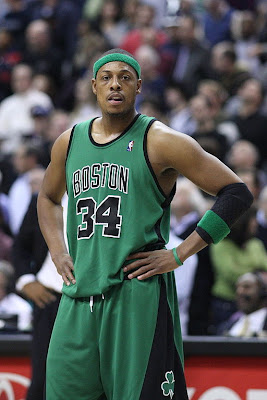 18.BOSTON CELTICS(9-10): Pierce start rolling,Allen got back from injury and finally Celtics play a little bit better,with key players the Bass-Pietrus tandem from the bench. Off the days on the wall-like prisoners-for Rondo's return,hopefully before the All star break. 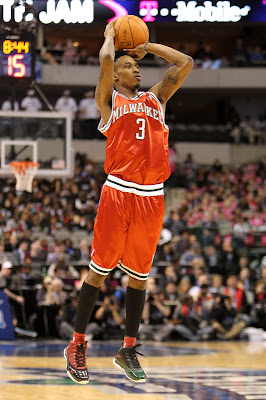 19.MILWAUKEE BUCKS(8-11): With Bogut back they really show that they are a playoff team as many believed at the start of the season. Now he is out again. Skiles made some experiments in the starting lineup(Livingston-Leuer in,Jackson-Iliasova benched)and the Bucks won at New York and Miami.

20.CLEVELAND CAVALIERS(8-11): Cavs are doing better than everyone except,focusing on Kyle Irving's improvement and Dan Gilbert celebrates his No1 choise.

21.PHOENIX SUNS(7-12): Martin Gortatt is the team's mainstay.. The Suns will keep fighting as everybody admires Nash & Hill but they need to get in a rebuilding process 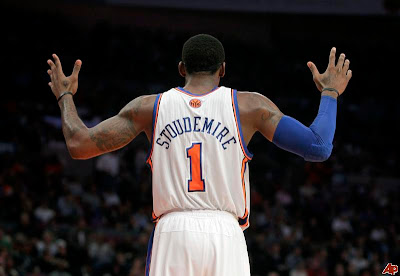 -N.Y. KNICKS(7-13): Big mentality problems. Amare is ''locked down''.. We haven't see him perform like this never in his whole career. And the thing has not to do only with an in court issue. Mello got boooed and  everyone's excepting Baron Davis as the savior of the planet(why he didn't play yet?) Clearly the biggest problem has moustache and wears a suit.They lost 9 to 10,it can't be worse..

23.N.J.NETS(7-14): Is Prochorof considering to leave the team? Nets have to involved at Howard's discussions otherwise they will lose Deron Williams too. Nets playing better basketball now  but they're only 1.5 game down of the playoff zone just because everyone around plays awful..


-G.S.WARRIORS(6-12): Warriors are in a transition period changing their style and the tempo of their game with Mark Jackson. They have lost many games at the last minute but their schedule is good and they can improve their record.

25.TORONTO RAPTORS(7-14): They got back to earth by losing eight straight. Calderon is on the trade block,a point guard that can be valuable in a winning situation.


26.SACRAMENTO KINGS(6-14): Jimmer Fredette show some of his skils by scoring 16.5 PPG in the 4 games that Thornton's couldn't help. The team lacks chemistry and they have to decide about which players really want to continue in the organization. 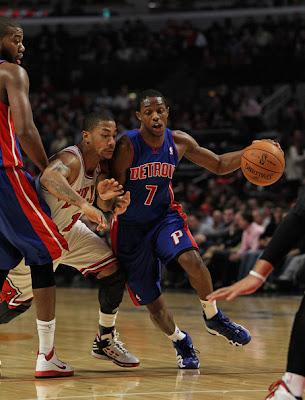 27.DETROIT PISTONS(4-17): This year will be usefull as a try out for the next season's roster. Monroe is the team's light spot and Knight can lead Pistons the next years. Frank put Wallace at ''5'' decompressing Monroe  and gave Stuckey the starting off guard role. For sure Detroit has some really interesting young players like Daye who shined this week.

28.NEW ORLEAN HORNETS(4-16): Eric Gordon declared that he wants to stay at New Orlean and that's an important fact more than any win. The most important from all,would be to agree..

29.WASHINGHTON WIZARDS(4-16): Firing Flip Saunders was the sock that a 2-15 team needed. But it was the right move for being a better team?

30.CHARLOTTE BOBCATS(3-18): Another lost year for Michael Jordan. Charlotte has lost it's competing spirit. Kemba Walker is the only presence making the funs smiling.