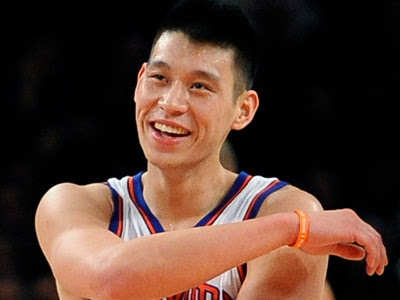 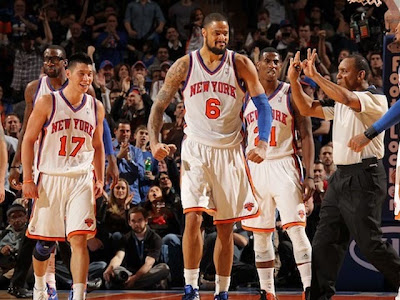 As sports fans we love underdog stories and we are witnessing one at MSG the last days. Jeremy Lin (6'3''-PG-89) spent all his career being discarded and overlooked. The Asian-American (born in California)and Harvard-educated point guard has put a spark back at the Garden and became the ''talk of the town'' since the Knicks won two in a row although they played Jazz yesterday without Amare Stoudemire (due to his brother's death) and Carmello Antohny (he got injured in the first minutes).

It's obvious in the last two games,with Lin on the court,that N.Y. performs as a real team which plans and executes plays. D'Antohny found in the 23-year old point guard,true playmaking abilities. A man who can trully run the pick'n roll and direct the traffic on the court. As a result utilized role players on offense,by getting the ball on the right spot.Jarred-boooedd-Jeffries put 22pts & 18 boards at the two last games,Steve Novak scored 19 pts against Jazz and Bill Walker was feeling more comfortable with a true point guard on the floor. Lin produced right ball movement and clever deception of defenders plus 15 assists.Remember,the Knicks were 25th in assists percentage before those two games.. It's excpected that Amare Stoudemire will benefit like no other Knick will from Lin's presence on the starting lineup due to the youngster's ability on pick'n roll. 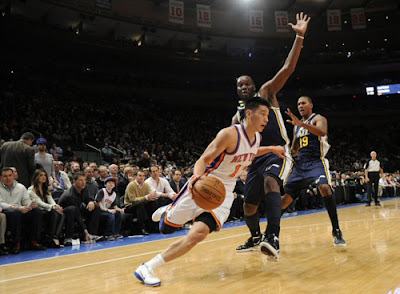 Lin's game can be improved through the season. Probably he won't continue put numbers like the 28-8 he got last night. The opponents will study and decode him now,and the Lin will not have the advantage of the surprise anymore. For sure he has to improve his shot and his footwork on defense (although he played exceptional D on Deron Williams). Now he has a big chance to be the starting point guard (it's a fact that N.Y. crowd picks Lin instant of Baron Davis)of D'Antohnys team but let's wait to see him at the next games. Now the Knicks have the youngest backcourt in the league with the oldest being Bill Walker who is only 24.. Some people think that it would be difficult for the 23-year old guard to stay grounded with all this euphoria and some others that he represents all the Asian-Americans in the States and has to play for them.Read his answer... I cant even play for myself. The right way to play is not for others and not for myself, but for God. I still dont fully understand what that means. Im still learning to be selfless and submit myself to God and give the game up to Him. My audience is God..
Υ.Γ.Σήμερα οι Νίκς αντιμετωπίζουν τους Ουίζαρντς και όλοι περιμένουν την κόντρα του Λίν με τον Ουόλ καθώς υπάρχει υπόβαθρο..Aπό το sumer league του 2010.Aκούγεται ότι μετά το ματς-απ αυτό ο Ουόλ δεν είχε μούτρα να κυκλοφορήσει στα..καφενεία της Ουάσινγκτον.To ντοκουμέντο..